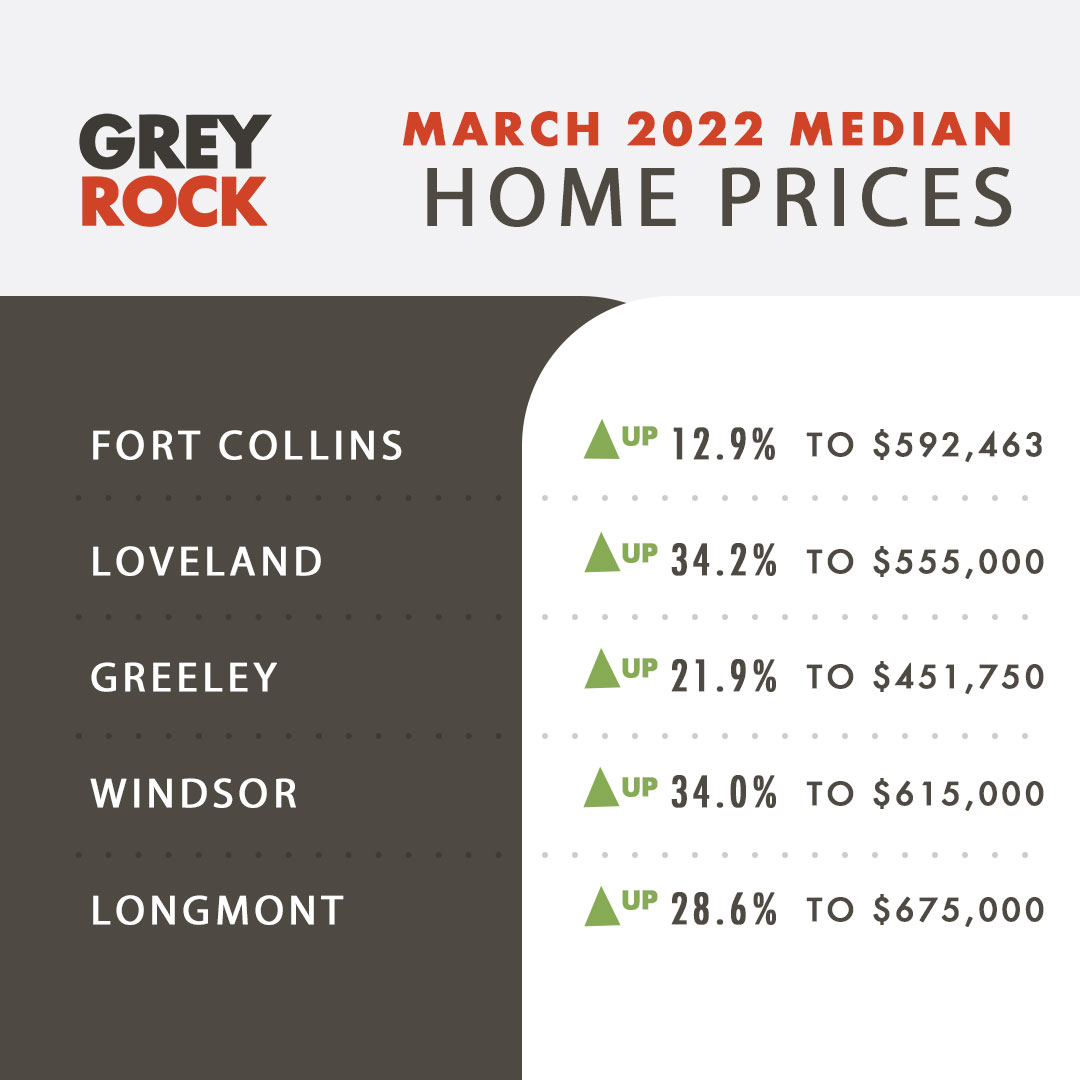 The big news this month has been how fast mortgage interest rates have climbed. We are near 5% for a 30 year fixed. Depending on their financing and price point, this has increased the cost of ownership for a typical buyer in NoCo by about $500-$1,000 per month.  Obviously this is a huge increase and everyone is bracing for the impact this will have on the housing market. But so far, we have been shocked at how un-noticeable the impact has been. Over the last month, neither myself or anyone on our team of 12 full time realtors, have reported any perceivable change in the market despite having put buyers into homes at these higher rates for weeks now. Our colleagues across the city seem to agree: There seems to be no noticeable effect on the level of competion for each listing, the number of offers each listing receives, or how high folks are paying over the list price. Despite massive increases in the cost of borrowing, it feels like the same wildly competitive market that we’ve grown accustomed to over the last 5 years.

When you are reading headlines and stats about the market, be aware that month over month numbers are misleading due to the seasonality of the real estate market.  Of course, we’re going to have more inventory in March than we had in February. And April will have more than in March because we are moving into the prime spring selling season when more folks choose to list their homes.

In order to get an objective, seasonally consistent comparison, you need to look at the same month from the previous year. I mention this because there were some headlines in Denver saying that inventory was up 80%. But that is comparing February 22 to March 22 which is not helpful. March 22 should be compared with March 21. This more objective year over year comparison shows a 15% increase, far from the 80% spike that lead the headlines. But of course, 15% doesn’t get as many clicks :)

We do think that the rate increases will moderate appreciation over the next year compared with what would have been if rates had stayed in the 3% range. But if 5% rates are going to be a drop in the bucket of insatiable demand, it’s hard to imagine any kind of a price correction this year. Most major real estate market forecasters continue to call for double-digit price growth. Zillow’s economists originally forecasted an 11% increase but then revised the number up to 16%.  I’m guessing NoCo will gain around 10%. If you follow our videos on social or the podcast, we talk a lot about demographics. The most succinct way I can say it is this: there are 4.5 million more people in their 30’s (prime home buying age) than there were in 2010. Not coincidentally, estimates are that we need 5 million additional home listings to bring the market into balance between buyers and sellers. And because people will spend money on housing before they will spend it on almost anything else other than food, booze, and medical care, there will be no easy fix for this housing shortage.